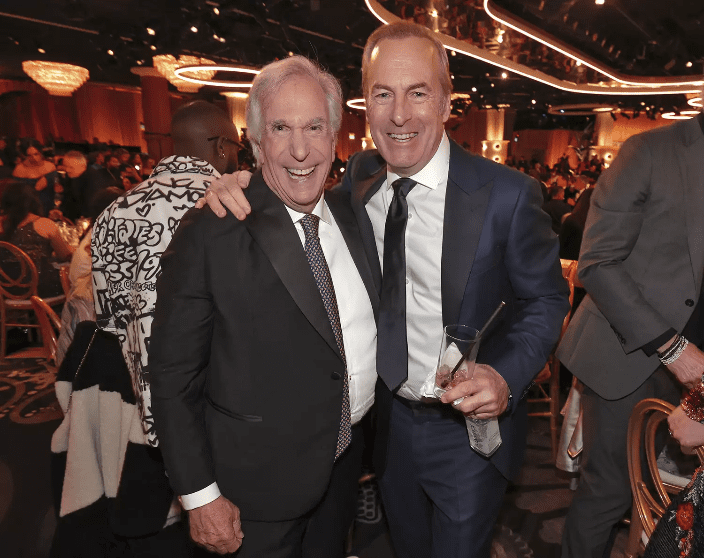 Photo: Henry Winkler and Bob Odenkirk at the Golden Globes 2023. Bob Odenkirk, the recipient of the 2023 Golden Globe Award for Best Actor in a Television Series Drama, pictured using a straw distributed by Reroute Americas at the event. Credit : Christopher Polk/NBC/Getty

ReRoute Americas was pleased to be the exclusive distributor for ecofriendly agave straws at the 2023 Golden Globes. ReRoute supplied 60 cases of Agave Product to the Beverly Hilton in Bevely Hills, California who hosted the event.

The Golden Globes is an event that recognizes excellence in American television and film. Reroute partnered with The Beverly Hilton and Waldorf Astoria Beverly Hills to supply black agave straws for drinks at the event and the after party.

All of ReRoute America’s agave products that were supplied for the event are made from residual waste from agave plants. These straws are 100% biodegradable, reusable, and can be used in hot and cold beverages. For further information, visit www.ReRouteAmericas.com