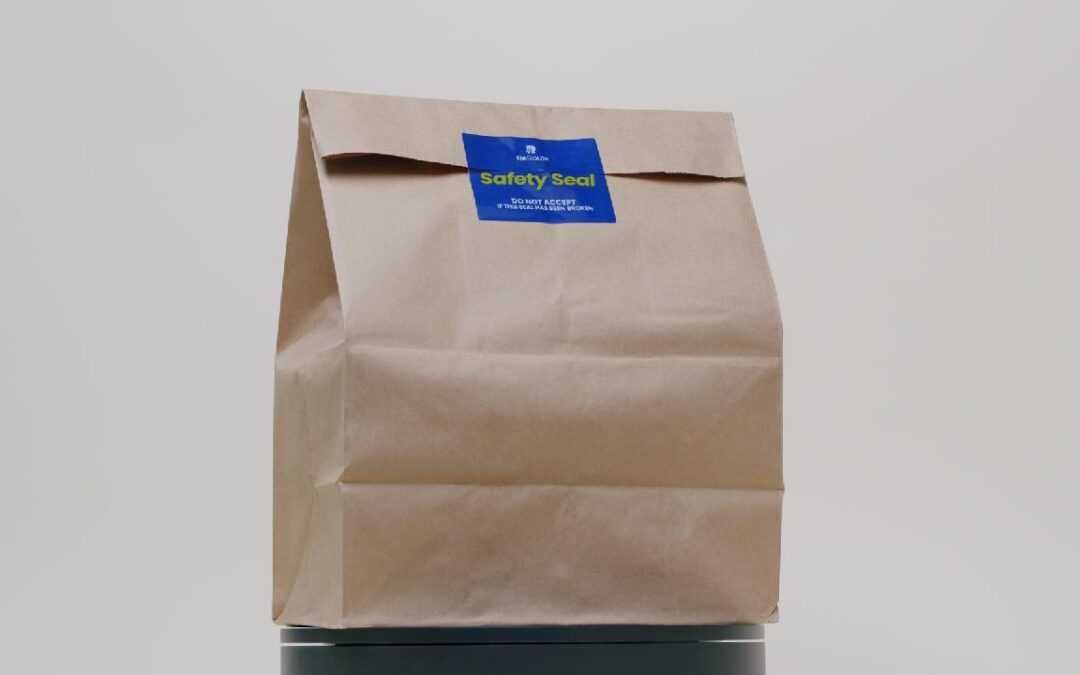 Food delivery is now a major business. In 2020 food-delivery sales in the U.S. were approximately $51 billion, increasing by $28 billion from 2019. As the food delivery industry has grown, so have concerns around food safety. For example, nobody wants their food to be half-eaten when delivered because the driver was hungry!

According to a recent NPR study of 500 drivers, nearly 30% of drivers are snacking from the food they are responsible for delivering. The same NPR study found that 85% of consumers recommend adding a tamper-proof seal to ensure that their food has not been tampered with. However, there are concerns that the 30% of drivers eating food could be much higher. One poll published in 2021 showed that 80% of food delivery drivers admitted to eating some of a customer’s order.

Not only do 85% of customers recommend adding a tamper-proof seal, but they are also more likely to order from a business that provides tamper-proof seals. For example, Peter D’Amelio, the President and COO of Not Your Average Joe’s and the former President and COO of the Cheesecake Factory, saw his business grow nearly 50% when it added safety seals to his to-go orders. D’Amelio attributes the growth in business to customers wanting to feel reassured about where their food has been.

ReRoute’s Tamper‐Evident Safety Seal (sticker) is designed to indicate any level of tampering‐adding an extra layer of security to any item being delivered. Once the sticker has been removed from the surface, it was applied to, it cannot be reapplied and leaves a permanent residue behind. The permanent residue left behind can display a customized message you may want to share with your clients. Safety Seals can be used on metal, plastic, cardboard, glass, wood, and painted metals.

For customers, a food safety seal provides peace of mind and assurance that their food has not been tampered. In addition, a food safety seal is an easy way for businesses to increase sales and instill consumer confidence as food delivery dominates the market today.